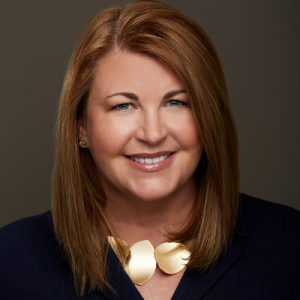 SPACs have become the new way for companies to go public. But do they work for the wealth management industry?

In some cases, they might. Yet, it’s hard to imagine they’ll ever replace private equity as the leading purchaser of RIA firms. Here are a few reasons why:

While some SPACs may be able to entice sellers with the promise of infrastructure improvements, that still won’t ensure a great client experience. In fact, it could do the opposite, as these “improvements” could result in technology replacing human interaction.

The issue is – curveballs happen. While no one likes to walk away from a negotiation after expending months of effort, sometimes that’s the best option. But SPACs often can’t afford to stop and start again with another seller. These time pressures can yield a poor result for clients and employees.

When it does, it will likely take a dim view of how the average investor gets treated. SPAC sponsors, directors and executives get paid no matter what if they can close a transaction. But because some investors will exercise their right to redeem their shares before a deal is completed, the other, less watchful investors – who may not be as aware of voting deadlines – will see the value of their shares diluted.

To make matters worse, even those early redeemers will pay a price because they’ve endured the opportunity cost of having their money tied up for up to two years. If the SEC changes regulations as result of these issues, SPACs may no longer be such an easy way to go public.

Public companies normally feel outsized pressured to beat Wall Street expectations each quarter. While growth is good, often demonstrating the health of a company, growing too quickly can be detrimental, no matter how many superstars are on the team – and that can make for a difficult environment for sellers, employees and clients alike.

These are a few reasons SPACs won’t be the dominant player in wealth management acquisitions in the near term. Going forward, however, as private equity firms seek an exit for their portfolio companies, they’re likely to sell to a SPAC instead of the traditional IPO path – which could change the dynamic around this debate.

Carolyn Armitage is a managing director with ECHELON Partners (www.echelon-partners.com), a leading Los Angeles-based investment bank focused on the wealth management industry. In the past three years alone, the firm has advised on 35 transactions that collectively encompass more than $63 billion in assets under management. 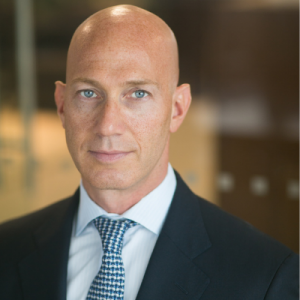 Tae Bo, the Macarena and Special Purpose Acquisition Companies (SPACs) each originated in the 1990s.  But thank God, only SPACs remain relevant today, generating a surge of interest and attention among owners of closely-held wealth management businesses seeking growth capital for acquisitions.

Whatever the skeptics might say, SPACs offer privately-owned wealth management firms the ability to access public capital markets more efficiently than traditional IPOs, while offering owners more flexibility than they would likely get in a standard private equity deal.

Increased scale via acquisitions is crucial to successfully operating in a fee-compressed environment that requires constant reinvestment in new technologies, as well as an aging, more financially savvy client base and the changing business economics of client service.

Until now, the best ways to access significant capital for future M&A deals have been private equity or the public markets – Each with their share of shortcomings.

Traditional IPOs have the potential to turn on the cash spigot, but the process can be dauntingly complex, slow and expensive – Not to mention subject to big picture disruptions outside of anybody’s control.  Imagine, for instance, having the bad luck to list during the same week as the recent GameStop-driven market volatility.

EASIER THAN AN IPO, BETTER THAN GETTING ‘PRIVATE EQUITIED’

But above and beyond such a purpose, SPACs have the potential to drive many other strategic goals for leaders of closely-held wealth management firms across the industry.

You’d be better off betting that the Macarena will become massively popular once more than betting against the rising popularity of SPACs for wealth management firms.

Adam Malamed is CEO of Ajax Investment Partners (www.ajax-partners.com), a Miami-based fintech incubator and strategic consultancy for the wealth management industry.  He previously served as Chief Operating Officer of NYSE-listed Ladenburg Thalmann.  In this role, he grew Ladenburg from $35 million to $1.5 billion in annual revenues, before helping to spearhead its sale to Advisor Group in February 2020.