Old Versus New Energy? Pick The Best Of Both

The energy sector performed well in 2022, but will it remain attractive in 2023? This isn’t a simple question. Many factors – including the binary view on energy subsectors, the interdependent energy consumption of renewables and traditional hydrocarbons, and the effects of ESG – will impact performance. However, we believe that energy companies as a whole are likely to continue to outperform.

There is an impression that old energy (traditional hydrocarbons) is bad and new energy (renewables) is good. As with many industries and issues, the situation isn’t so black-and-white. The world is shifting toward renewables, leading many investors to determine the old energy sector is uninvestable, given concern for the terminal values of oil and gas companies.

We don’t see it as an either/or decision. Instead, the current market dynamics are set up in such a way that both new and old energy companies can outperform in the coming years. So far, this has proved correct as energy has been the best-performing sector over the last three years. It is also the only sector that produced a marked positive absolute return over the previous year, up nearly 50%. By contrast, the next best-performing sector this past year was utilities, up less than 5%.

Nonetheless, investors appear skeptical that the good times will last. Many companies within the industry trade at low valuations with attractive dividend yields despite the sector’s strong recent performance. Investor skepticism is understandable given the industry mainly comprises oil and gas companies that underperformed over the last decade until recently.

The World – Including Renewables – Relies On Fossil Fuels

Despite the shift toward renewable energy, the world is still highly dependent on fossil fuels. For instance, oil is not just transportation fuel. It’s also refined and converted into thousands of essential products such as plastics, textiles and cosmetics.

The need to replace existing forms of energy production and consumption with other forms also adds complications to this transition. In past energy transitions, the new energy sources came on as additions to the existing sources, not total replacements.

For example, the world did not stop burning wood when coal was discovered, and it continued burning coal as oil and gas became more prevalent. In each of those cases, it took over a century for the new energy source to become the world’s primary energy source. To have entirely replaced the older sources would have taken even longer.

Firms can balance an ESG mandate by investing in best-in-class companies that focus on climate change and reducing carbon emissions, such as investing in utilities that embraced renewable energy or committed to transitioning their portfolios to renewables.

How Does ESG Fit?

Morgan Stanley estimates renewable generation will reach 55% of the power grid mix by 2035. The December 2020 stimulus, a continued decrease in the costs for clean energy, and the potential for additional federal support toward renewables and clean energy are all contributing factors.

While the transition to renewables continues, we believe old energy companies can continue to deliver value. Careful consideration and staying current with trends and data are critical to navigating this change.

Church Waesche is an Analyst at Anchor Capital Advisors. 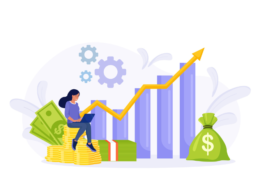 Investing for Growth and Income During Inflationary Times 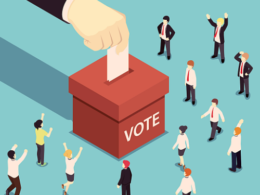 Morningstar Partner Financial Fitness Group Says Political Parties In Power In The House, Senate And Presidency Only Cause…
Janeesa Hollingshead 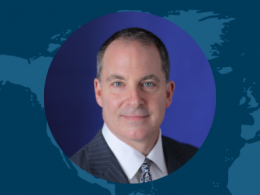 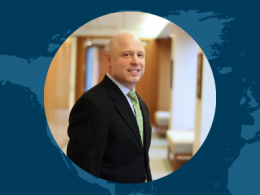