Kingswood U.S., whose network of wealth management firms oversees more than $3 billion in client assets, recruited a total 21 financial advisors throughout 2022 who supervise over $943 million in assets under management (AUM). The New York City-headquartered company supports more than 200 advisors under the Kingswood Wealth Advisors (KWA) brand.

“Enabling financial advisors to provide exceptional service to their clients are at the heart of Kingswood, a company defined by a deeply held commitment to its network of financial professionals,” Michael Nessim, CEO, President and Managing Partner of Kingswood U.S., said in the press release. “Advisors seeking greater flexibility to deliver the best results for their clients will always be empowered to do more at Kingswood.”

Strategic Planning Group provides tax-aware comprehensive financial planning to individuals, families and business owners across the range of life and career stages. This includes retirement counseling for employers and employees. Wood has nearly 40 years of experience in the wealth management industry.

“The partnership with Commonwealth will position us to work smarter and faster and, ultimately, deliver better outcomes for our clients,” Wood said in the press release. “And the level of support across all areas is, quite simply, unrivaled.”

Bluespring supports 18 other firms throughout the U.S., according to its website. Bluespring is a subsidiary of Kestra Holdings, which consists of approximately 2,400 financial professionals overseeing more than $200 billion in assets under management and advisement. Kestra Holdings also is a recent winner of the WSR Wealth Exemplar Awards Private Equity-Backed Firm of the Year.

“Our decision came down to the strong cultural alignment we have with the Bluespring Wealth Partners team. We’re a client-first firm with a team-oriented, growth-minded approach,” Goldstein and Peters said in the press release. “Bluespring Wealth Partners checked all our boxes, allowing us to keep our brand, identity in the local community, and processes that work for our team and clients while providing support to achieve our long-term goals.”

WEG oversees more than $57.9 billion in client assets for over 47,000 households across more than 85 offices nationwide, according to the press release. This deal marks its 12th office in the Tri-State region of New Jersey, New York and Connecticut.

“Our two firms have very similar wealth management philosophies and company values, all of which focus on delivering the best possible advice for each of our clients,” Burke said in the press release. “By integrating our team’s diversity of knowledge and experience, with the resources available at Wealth Enhancement Group, we believe our collective expertise will strengthen the advice we offer to our clients.” 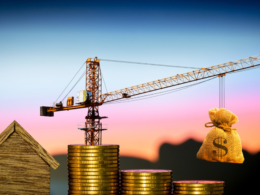 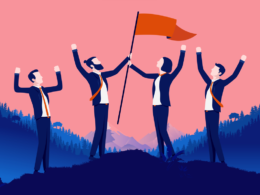 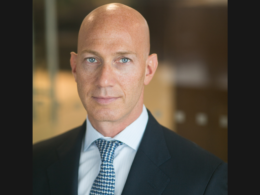 Former Ladenburg EVP, COO And Board Director To Oversee Next Stage Of Growth Vision For Fast-Expanding RIA Aggregator…
Janeesa Hollingshead