In addition to covering several recent deals, this edition of the Weekly Recruitment Roundup spotlights our new Recruiter Of The Month as part of a recurring Q&A with a different executive responsible for bringing on top strategic and advisory talent at leading firms.

Hightower facilitated a strategic merger between Hightower Bellevue and Sovereign Wealth Advisors, a fee-based RIA overseeing approximately $350 million. As a result, Hightower Bellevue’s assets are almost $1 billion. Bellevue, Washington-based Sovereign Wealth – which is led by Scott Sheffield, Tara Johnson and Sharon Lailey – has served the Pacific Northwest for over 30 years.

Hightower’s M&A team dedicates professionals to assist the company’s advisory businesses in mergers and sub-acquisitions with sourcing, valuation, structuring, capital, due diligence, integration, as well as legal and regulatory concerns. As of June 30, Hightower had assets under management (AUM) of approximately $108.4 billion, and assets under administration (AUA) of approximately $132.6 billion.

“Through this partnership, we will be able to provide our clients with all the resources they need, now and for years to come,” Johnson said in the press release. “We are excited to strengthen our culture by aligning with a likeminded firm. Additionally, we are eager to make use of the many resources Hightower provides through an array of value-added services.”

E. Michael McGervey founded McGervey Wealth Management in 2003. InCap Group served as its investment bank and strategic advisor on the deal. Zachary Hayes founded Hayes Financial in 2008. ECHELON Partners served as its financial advisor on the deal. As a result of the deals, Mariner added a fourth office in Ohio and an eleventh office in California.

“I have a strong connection to the local communities our firm operates in, and I am grateful for the opportunity to maintain these ties, while remaining committed to offering our clients an expanded range of services through Mariner Wealth Advisors,” McGervey said in a press release.

“Given Mariner Wealth Advisors’ commitment to its client-first philosophy, I am confident our values will continue to shine through, and I’m looking forward to seeing what’s next with Mariner’s team of highly skilled advisors and professionals,” Hayes said in a press release.

3. Choreo To Partner With GreerWalker, Agrees To Acquire $275 Million Team

“Partnering with GreerWalker is a special opportunity,” Larry Miles, CEO of Choreo, said in the press release. “Our firms have a strong philosophical alignment, shared CPA heritage and a complementary vision for future growth.”

LFS Founder John Lau is joining Robertson Stephens as Managing Director and Principal. He is accompanied by seven colleagues. “Together, I believe that we will be able to give our clients more investment opportunities and complementary wealth planning capabilities to truly fulfill their goals,” Lau said in a press release.

Vodia Founder David Matias also is joining Robertson Stephens as Managing Director and Principal. He is accompanied by five colleagues. “Robertson Stephens shares our commitment to transparency and integrity and is a clear match with our values and goals, as well as the standards our clients have come to expect,” Matias said in a press release.

Recruiter Of The Month

Robertson Stephens oversees assets of more than $4 billion, with 77 employees across 16 locations in California, New York, New Jersey, Idaho, Texas, Washington, Colorado and Massachusetts. In addition to covering the acquisitions above, we recently named Robertson Stephens a WSR Wealth Exemplar Fee-Based RIA of the Year.

WSR: Why has Robertson Stephens had such strong success making acquisitions this year?

Bhattacharyya: The thesis behind Robertson Stephens is based upon building a firm with the capabilities to rival the largest wealth management institutions in the country while maintaining the culture and feel of a boutique RIA. This goal resonates with entrepreneurs looking not simply for a liquidity event or a succession plan but want to be a part of something bigger and strive to always provide the highest level of service to their clients.

Our open architecture approach to client service also allows advisors and their teams to focus on what they do best and offload what they may lack or find burdensome to our internal resources. It is a testament to our collaborative culture and the experience of our colleagues that newly onboarded advisor teams start leveraging these resources on Day One.

WSR: What has your role been as an executive in helping Robertson Stephens to conduct these deals?

Bhattacharyya: We ensure that a team joining us will have met their various partners in the central areas several times before we get to a transaction. So when we start the transition process, there is already great connectivity across many people in both firms, which is then implemented by checking off a thorough checklist of items involving every part of the firm.

My role through the process is very hands on, particularly around the financial aspects of the transaction, and ensuring that the legal agreements reflect the spirit of what both parties are trying to accomplish.

This requires full and transparent communication among all parties, especially since merging your firm with another is a deeply personal decision for most entrepreneurs. My main contribution is the continuous dialogue I keep with the owners of these businesses as we go through the process.

We talk through our vision for the firm and how our two businesses will thrive together. We say no to many more deals than we say yes to, and these discussions are key to maintaining our most valuable attribute, which is our culture. 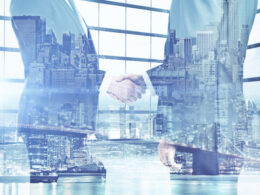 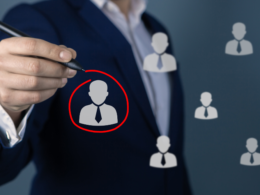 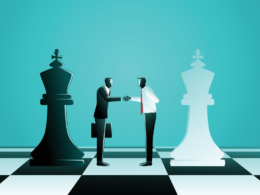 Each month, I select five to ten of the most interesting stories that I’ve read over the past…
BY LARRY ROTH