The deals in this month’s Transitions, Transactions & Promotions column back up industry findings that RIAs are among the strongest subsectors in M&A. According to Fidelity, 155 RIA deals occurred in the first eight months of 2022, up 35% from the same period last year.

Our entries add fresh perspective to some stories we’ve published over the past few weeks and look into new developments that we explore for the first time. Here are the details:

Beachwood, Ohio-based Stratos Wealth Advisors recruited Kenneth J. Gimbel, a Chicago-based advisor most recently at CIBC Private Wealth Management who oversees more than $400 million in assets under management (AUM) and has over 50 years of industry experience. He specializes in customizing asset management programs for large and complex trusts and investment relationships.

Why it matters: Gimbel was a partner at Geneva Investment Management before CIBC acquired it in 2017 and served ultra-high-net-worth clients at Harris Bank’s Wealth Group for 15 years. He brings deep institutional knowledge that can help Stratos operations, along with a healthy amount of client assets.

Why it matters: This is an example of a major firm demonstrating its value to strategically important organizations that it serves. Totus supplies back-office support to its network partners, which consist of approximately 10 wealth management teams. Entities such as Totus can be successful without having easily recognizable brand names, while firms such as Cetera can fill that gap in their arsenal and help attract valuable advisors. As of Dec. 31, Cetera had approximately $122 billion in AUM and $353 billion in AUA.

Tampa, Florida-based Concurrent Advisors is restructuring as a multi-custodial hybrid RIA after ending its independent affiliation with Raymond James. Serving 145 advisors in 66 offices with $12.7 billion in AUM, Concurrent aims to reach $15 billion in AUM by the end of 2023.

Why it matters: A need for affordable, scalable technology fueled this culmination of gradual steps toward independence for Concurrent Co-founder Mike Hlavek. He spent nearly nine years at Raymond James and before that spent nearly 15 years at Morgan Stanley. Hlavek cited integrations with market-leading planning tools, trading solutions, TAMPs, alternative platforms and CRMs as benefits of restructuring.

The firm, which was founded in 2016 and has 38 operations staff, has a partnership with Merchant Investment Management for capital and strategic resources.

Why it matters: Woman-led advisor practices and all-woman teams of advisors in particular remain rare. Lakeview is led by Judy VanArsdale and Lisa VanArsdale. The team had been affiliated with LPL Financial prior to the deal. This also is SageView’s seventh deal since the private equity firm Aquiline Capital Partners took a majority stake in January 2021. SageView has over 30 offices nationwide and approximately $13.6 billion in discretionary AUM.

Why it matters: Penny Phillips, President and Co-Founder of JSW, has a prominent social media presence among financial advisors and she recently spoke at the Future Proof wealth technology festival. Prior to this set of deals, her 12-member team already had a nearly even split of men and women. JSW is fully acquiring the business from Adams. JSW is partially acquiring Barlow’s and Newfield’s businesses, with plans to fully acquire them within the next three years. Prior to the deals, JSW had approximately $2.6 billion in AUM.

Why it matters: Hightower has shown that it can make deals easy for advisory businesses with attractive value propositions. This is the fourth sub-acquisition since 2019 for Fairport Wealth, which now has approximately $3.4 billion in AUM. The Hightower M&A team provided sourcing, valuation, deal structuring, due diligence, legal and regulatory, pre- and post-close integration, and capital resources for the transactions.

Why it matters: IAA, which supervises over $15 billion in assets, is in due diligence for two additional minority stake acquisitions, and in the last three years completed four M&A transactions and helped its network of independent advisors complete 12 other M&A deals, according to a spokesperson. IAA also has an in-house Director of M&A and Certified Valuation Analyst, Kyle Campbell, who played a central role in the GenWealth deal. IAA will enable GenWealth to leverage its platform capabilities, advisor support services, technology and scale.

Irvine, California-based AK Financial Group, which has a 25-member team that oversees more than $1 billion in AUM, is joining the Morristown, New Jersey-based RIA Private Advisor Group. The firms expect to complete the transition by the end of the year. It has been described as a “tuck-in” where AK Financial Group receives back-office support from Private Advisor Group while maintaining operations as its own brand.

Why it matters: Private Advisor Group gains a proven business leader with extensive experience across nearly all types of market cycles, while LPL Financial keeps assets and talent on its platform. AK Financial Group Founder and President Andrew C. Karlinski, who has been in the financial services industry since 1976, will become Managing Director West Region of Private Advisor Group. Advisors of both firms are affiliated with LPL as their broker-dealer. As of Dec. 31, Private Advisor Group had more than $33 billion in AUM.

The Dallas-based independent broker-dealer Prospera Financial Services appointed its Chief Operating Officer Tarah Williams to the newly created position of President. She will retain her position as COO and report to Co-CEOs and Managing Partners Tim Edwards and David Stringer. As president, Williams will lead day-to-day operations as well as work with Edwards and Stringer on achieving Prospera’s strategic growth objectives.

Why it matters: Williams represents the growing trend of women executives who are rising up the ranks of major wealth management firms. She has 26 years of industry experience and has been with Prospera for 15 years. Prior to joining Prospera, Williams was President, FA Recruiting Services, at First Clearing, a clearing and custody platform that is a third-party partner of Prospera. The IBD has approximately $14.5 billion in AUM and 94 locations nationwide.

Concourse Financial Group appointed David Perry to the position of Chief Executive Officer. Perry had been serving as Chief Operating Officer since the company launched in July 2021. Doyle Williams, the former CEO, was appointed Chief Marketing Officer of Concourse’s parent company, Protective Life, which itself is a wholly owned subsidiary of Tokyo-based Dai-ichi Life Holdings.

Why it matters: Behold proof that some large firms still reward loyalty. Perry previously was a vice president at Protective where he played key roles in operational risk and corporate strategy development, and consolidating Protective’s distribution companies which evolved into Concourse. 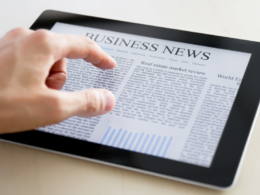 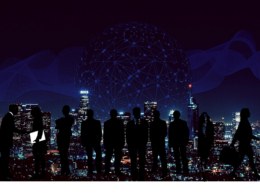 Jamie Dimon Fires Shots at Bitcoin, $TSLA Breaks $1T in Market Cap, and More of the Biggest Stories in and Around Wealth Management

From Crypto Skepticism, to EV Euphoria, to New Deals and Talent Hires:  Past Month’s Top Industry News Has…
By James Miller
19 shares
19
0
0
0 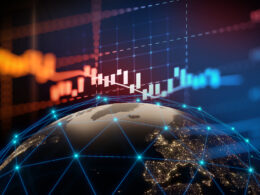