Founded in 2007, Executive Wealth Counselors consists of four associates, including three advisors, who serve high-net-worth clients. The deal expands its capabilities into tax planning and tax preparation, estate planning and trust services while enhancing its advisory technology. Mariner now has 77 locations nationwide and advises on over $60 billion in assets.

“Partnering with Mariner Wealth Advisors lends us the broad and extensive capabilities of a top- tier wealth advisory firm while still allowing us to maintain our personalized client-centric philosophy and approach, which is something we take great pride in,” Executive Wealth Counselors owner Louis “Lou” Valli said in the press release.

Beachwood, Ohio-based Stratos Wealth Advisors recruited Kenneth J. Gimbel, a Chicago-based advisor most recently at CIBC Private Wealth Management who oversees more than $400 million in assets under management (AUM) and has over 50 years of industry experience. He specializes in customizing asset management programs for large and complex trusts and investment relationships.

“After spending decades in this industry, I knew exactly what I needed to better serve my clients and after considering my options, Stratos proved to be the obvious choice,” Gimbel said in the press release.

“UBS has a strong footprint in Washington, D.C. and is committed to growing its wealth management business in the region,” Julie Fox, Northeast Market Head at UBS Private Wealth Management, said in the press release.

Tampa, Florida-based Concurrent Advisors is restructuring as a multi-custodial hybrid RIA after ending its independent affiliation with Raymond James. Serving 145 advisors in 66 offices with $12.7 billion in AUM, Concurrent aims to reach $15 billion in AUM by the end of 2023.

The firm, which was founded in 2016, has a partnership with Merchant Investment Management for capital and strategic resources. This enables Concurrent to maintain its platform of 38 operations staff assigned to planning, technology, virtual administration and transition support for advisors. Concurrent Co-founder Mike Hlavek spent nearly nine years at Raymond James and before that spent nearly 15 years at Morgan Stanley.

“Our advisors will have greater freedom to choose technology and service platforms tailored to their unique brand identities and client needs,” Hlavek said in the press release. “We’re excited to support our advisors with an even wider variety of integrations with market-leading planning tools, trading solutions, TAMPs, alternative platforms, and CRMs.” 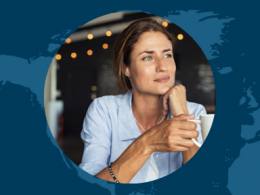 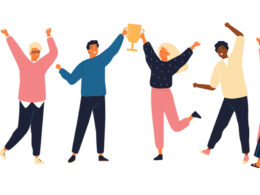 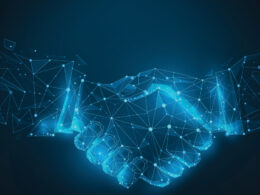 Investment Product Launches, Acquisitions, Venture Funding and Recruiting Rule the Roost in Our Latest Newsmakers Roundup In each…
By Larry Roth