“It’s the economy, stupid!” The unofficial slogan of Bill Clinton’s 1992 presidential campaign pointed to the belief among the electorate that politicians in power could control the economy. This firmly held belief of a majority of Americans perennially plays into campaign messaging – but what if it’s false?

If investors felt confident that politicians in power could only affect the economy in the short term, factors outside of political control held much greater sway over the equity markets, and in the long term the markets continued a growth trend for 95 years – those investors may not worry so much about the elections in November.

Morningstar’s long-standing partner,Financial Fitness Group (FFG), produces the Morningstar Andex Chart, which WSR introduced to readers in August. The Andex Chart tracks data for 95 years on various economic parameters as well as the party in power in the U.S. House, Senate and White House.

To learn what the data reveals about politics and the equity markets, we spoke with Joe Saari, Founder and Chairman of FFG, who has over 20 years of experience in academia and financial wellness, including serving on the Wisconsin Governor’s Task Force on Financial Literacy.

We asked Saari about the short- and long-term effects of parties in power on the equity markets and his advice to advisors whose clients express fear about political outcomes in November.

WSR: You track the political parties of the president, House and Senate against 95 years of equity market data. What interactions and patterns can you see between politics and the markets? Are there any notable short-term interactions? Does any of the three correlate better or worse against equity market data?

Saari: Looking at the 95-year history of the Morningstar Andex Chart, you’ll notice that no matter which political party has control of Congress and no matter the political affiliation of the president, the market still grows in the long term. The Andex Chart shows how the U.S. economy has experienced recession and growth under both parties.

There are, however, policies enacted by different political parties that can affect the markets in the short term – an example of such policies can include specific tax cuts or increases, regulations impacting the finance industry and Wall Street, or cross-border trade policy.

Additionally, things like political elections can also impact the stock market in the short term. The story that the Andex Chart tells is that regardless of who is running the government, the economy and market as a whole will work themselves out and continue to grow or contract depending on economic factors outside of political party affiliation.

Saari: The only pattern that can be derived from political parties and equity markets is that regardless of the party in power, the market will still grow. Many of the biggest shocks to the economy – most recently the COVID-19 pandemic and climate disasters like Hurricanes Katrina and Sandy – would have happened independently of the political party in power and are extremely difficult to plan for.

Because of this randomness, it’s tough to say that political party control has any correlation with other parameters that we track in the Andex. If you take a look at something like inflation, for example, there are spikes in the presidencies of both parties, and there are many factors that influence inflation outside of the affiliation of the party in power.

WSR: What advice would you provide to advisors speaking with clients who are expressing fears about political outcomes in November?

Recessions or shocks to the economy that are largely unexpected would likely happen regardless of what political party is still in power. Because of this, it’s best to stay invested for the long term. Policies that political parties put in place will only have short-term effects and any concerns about them will always pass.

Janeesa Hollingshead, Executive Editor at Wealth Solutions Report, can be reached at editor@wealthsolutionsreport.com 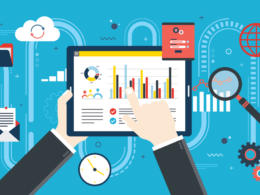 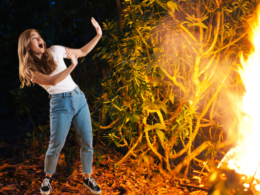 From direct investments with ESG alts sponsors to engaging with alt platforms, financial advisors are under pressure to…
By Michael Madden
12 shares
12
0
0
0 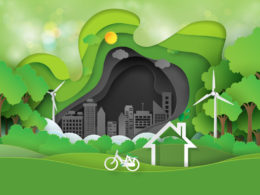 Advisors And Their Clients Can Guide Firms To ESG Compliance While Guarding Against Greenwashing, Especially For Alternative Investments…
Dany Roizman 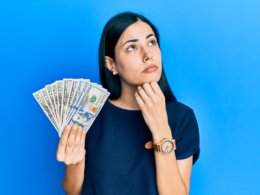