Digital Marketing Roundtable: Can You Still Advertise on Twitter?

Anyone who has showed even a passing interest in the news over the past two months knows that Elon Musk is close to buying Twitter. Though there has been more than a little posturing along the way, most observers expect the deal to go through.

Currently, Twitter conforms to standards generally reflective of its user and advertiser base when moderating content. Musk claims that the approach goes too far, saying that under his ownership, Twitter will roll things back in the name of free speech.

While that may delight libertarians and other free-speech absolutists, that stance is unlikely to thrill advertisers, which typically don’t want their brands associated with hate speech or other questionable material. In the past, many companies have complained or withdrawn ads from other high-profile platforms after moderators failed to police the content adequately.

Musk is either unaware this has happened or unconcerned if it happens again. After all, he has an unwavering confidence in, well, himself, saying recently, “Twitter has extraordinary potential. I will unlock it.”

He may not be concerned, but we would be – which is why we checked with a couple wealth management marketing experts to get their view:

“If you were advising a wealth management firm about issues to consider when it comes to advertising on Twitter in an anything-goes environment, what would you tell them?”

Although Elon Musk tweeted in 2019, “I hate advertising,” there are some key benefits for wealth management firms to consider when it comes to leveraging Twitter, post Elon Musk. Many, for instance, believe Musk will push for faster product development to attract new users, which could result in a larger audience for ads.

According to Musk’s recent presentation to investors, Twitter’s ad revenue is expected to more than double to $12 billion, representing about 45% of its total revenue by 2028. This sounds promising, but the reality is it’s just too soon to tell.

At the same time, firms need to be aware of potential risks associated with Musk’s laissez-faire approach toward content moderation. It could firms end up running ads adjacent to tweets promoting activities that could violate securities laws, creating concerns surrounding brand safety.

In addition, he says he wants an open-source Twitter algorithm. That presents a potential security risk. Open source would provide spammers access to manipulate feeds and create potential compliance nightmares for wealth management firms. We must wait and see and then operate with caution.

While an SEIC survey showed that the most popular sites among ultra-high-net-worth (UHNW) individuals are Facebook, YouTube and LinkedIn, Twitter’s usefulness to the business and tech communities is undeniable.

Consequently, we will be monitoring whether Twitter becomes synonymous with the brand of its potential owner, and any changes to its advertising-based business model and content moderation policies relative to advertising. If Twitter moves to a subscription-based business model, we will assess how it filters certain subject matter.

We expect the founder of Space X to improve overall innovation, and provide enhancements to the algorithm, authentication, editing features and tweet length. How Twitter operates in China will also be closely followed.

Thanks to Kaijsa Kurstin and Mark Mills for advising us on the advertising issues we must consider if Twitter becomes less moderated.

Please share your marketing questions, and we’ll find the right expert to answer them! 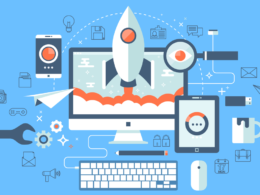 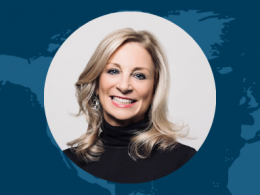 The seeds of reinvention for Suzanne Siracuse, former CEO of InvestmentNews, are bearing fruit with the success of…
WITH SUZANNE SIRACUSE 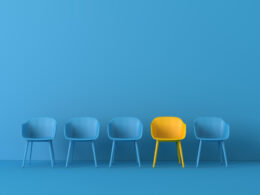 In an independent broker-dealer landscape where scale and size continue to be the dominant themes, it can be…
By James Miller
6 shares
6
0
0
0 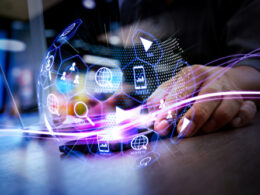 Digital client prospecting and marketing are here to stay, spurred by the pandemic but reinforced by the promise…
By Ellen Sheng