The National Football League Has Something Financial Advisors Don’t

What the NFL Has Matters During Market Meltdowns, Something Firms and Advisors Could Learn From

Depending on who you want to believe, the nation faces a severe retirement crisis, or the hand-wringing is much to do about nothing. As with most debates, the truth likely resides somewhere in the middle.

However, what seems clear is that too many Americans have a big savings void, with a majority of the population not able to cover an unexpected expense, much less fund a multi-decade retirement. Because of this, many tend to view the so-called retirement crunch as a problem for low-to-middle income earners.

But the fact is that wealthier individuals have retirement challenges of their own. Granted, the issue may not be as existential as running out of money. Still, what’s at stake should concern every financial advisor working today – a client setting a series of goals and then not being able to meet them.

Advisors spend years prepping clients for retirement, strategizing, saving and investing, all in the hopes of turning income into a big pile of wealth. Yet, as hard as this decades-long accumulation process is – and it’s hard – unwinding that nest egg efficiently and making it last is arguably far more difficult.

In fact, according to Bill Sharpe, a Nobel Prize winner and one of the pioneers of modern portfolio theory, “decumulation is the nastiest, hardest problem in finance.”

Part of the reason is that wealth is not necessarily the best way to look at whether someone will meet their goals – in most cases it’s much more about being able to generate income. In other words, a fixed amount of inflation-adjusted income each year is essentially an insurance policy, allowing clients to assume more risk in other parts of their portfolio without reducing the likelihood of achieving their goals.

Yet very few advisors look at the decumulation puzzle through a true goals lens, particularly when the goals are based on future income. Instead, many build model portfolios, constructed based on a mix of performance-seeking and risk-free components. And while this approach, at least in theory, allows them to capture upside and still gain downside protection, the aim is wealth.

Considering the above, what that means is that advisors, in effect, frequently leverage investments that not only are a poor fit for their client’s goals but limit the number of vehicles they can reasonably access in the future. Any way you slice it, that’s a bad outcome.

Next Gen Stats for Advisors

What does all this have to do with wealthtech? As it turns out, a lot.

Income-generating annuities, of course, could help solve the decumulation puzzle. But for a variety of reasons, many advisors and clients are wary of such instruments, so it’s not an across-the-board solution. That leaves tech to fill the void and make sure clients have every opportunity to reach their goals.

Anyone who has watched an NFL game over the last few years has probably confronted Next Gen Stats. This Amazon-supported program collects data about every player on the field on each play, including location and how fast they move. From there, it then spits out a range of information, including pass completion probability and expected yards after the catch.

Given the stakes, it doesn’t seem like it’s too much to ask for wealthtech to do something similar for advisors.

Let’s say a client determines they need $100,000 of income in each year of retirement to meet their needs and reach their objectives.

Much like Next Gen Stats can provide a snap-by-snap breakdown of each NFL game, advisors should be able to figure out, in real-time, the probability of a client realizing that income goal based on changes in the investment and economic environment. Or how that probability would shift based on various factors, including an advisor upsizing or downsizing the level of risk within the client’s portfolio or an extreme market shock.

The possibilities are endless, but the point is that without having a better handle on questions like this, prepping for retirement almost becomes a guessing game, with an advisor focusing on vague notions of wealth or the trade-off between risk and return. But as we’ve seen, these things reveal very little.

The real key for advisors is to redefine risk around a client’s goals (producing income) and then anchor investment decisions around that concept.

And without technology and analytic tools, that becomes a tricky exercise. 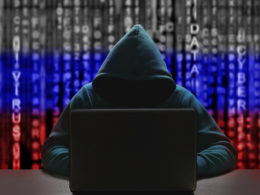 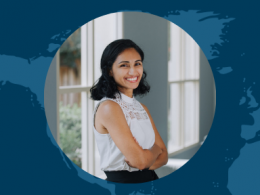 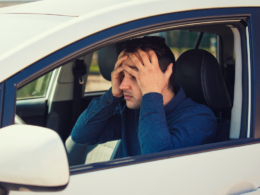 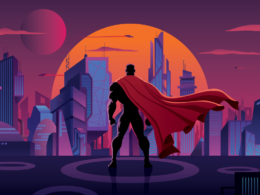