Anyone who’s ever experienced an automotive breakdown without knowing the cause can relate to the feeling of being stuck – you know the engine refuses to budge but a mechanic had to point out the causes.

Unfortunately, our industry often gets mired – failing to achieve the expected results of our diversity and inclusion initiatives. What if our failure consisted not in a lack of creating initiatives but a lack of follow-through? What if the problem hiding in our blind spot is our own mindset?

Perhaps like a Michael Crichton novel, we need to assemble the best experts across different niches in our industry to solve together what we can’t solve individually.

WSR reached out to our Top African American Leaders in Wealth Management recipients to hear their experiences and ask for solutions that will yield results.

We caught up with Mr. David to learn how our industry can achieve significant, sustained results for diversity and inclusion.

WSR: What are the greatest challenges that you’ve faced as an African American in your journey up the corporate ladder in the wealth management space?

David: The greatest challenges I’ve faced are not unique, but one of the single biggest issues is this: There continues to be a dearth of African American C-suite leaders and other senior executives across the broader industry, including each of the firms where I’ve had the privilege of working.

This really matters for people from a different cultural background or heritage.

The ability to use someone who looks like you or has shared your experiences as a sounding board when it comes to business, professional or career issues was nonexistent in my journey up the corporate ladder.

It would have been helpful if in addition to receiving great mentorship from bosses and others, I had a black lens – which was just not there.

One of the painful realities in our industry is that black representation (be it within the advisor ranks or senior executives) has barely moved in the past 30 years, but I do feel some optimism because over the past two years, there has been a great deal more attention paid to diversity in the industry.

WSR: Without question, African Americans continue to be underrepresented on the C-suite teams of wealth management firms. What should the industry be doing more of – or do differently – to drive more cultural diversity on corporate leadership teams?

David: It really comes down to two key actions: First, the broader wealth management industry should be treating the lack of diversity on C-suite teams as a business imperative and a business problem.

I think back to the Y2K bug, which was fixed because everyone got together in a war room and set out to solve the problem. If the industry treated the lack of diversity in the C-suite with a similar sense of urgency, I really do believe it can be fixed. We are problem solvers in our industry.

Secondly, the mentality around recruiting leadership teams needs to change. Often there is an unintentional request of a higher standard of education or experience for candidates of color to even be considered for the C-suite.

Leaders should be willing to have the courage to say to underrepresented minorities that it is all right to fulfill seven out of 10 traits, because they will be groomed for the others. The expectation that a black executive or woman must check every single box or won’t be considered – that needs to change.

On diversity and leadership I am optimistic because for the first time I see the end clients asking firms about their diversity efforts, and firms are therefore taking this issue far more seriously.

WSR: What are three things that wealth management firms should do to best support the professional success of African American financial advisors – And how does greater diversity in the financial advisor community in general benefit the industry and our broader society?

David: Let’s start with the importance of a sustained commitment to diversity programs. I emphasize the word sustained, because too often there’s big hoopla in the industry with no meaningful follow-up: Announcements about plans of action, and then a year or two later it dies a silent death. Firms need a sustained commitment through the troughs and high points.

Second, address the middle parts of your organization. Even when you have a commitment to driving greater workforce and leadership diversity from the top, diversity programs can frequently get stuck at the branch or regional management level.

Third, hold firms publicly accountable. I realize that’s a challenge, but there’s now at least two firms that are putting their diversity numbers front and center. They’re saying, we’re not proud of these numbers, but we’re going to get there, and the first step is to be transparent about where we are right now.

No one likes to air their laundry, but quite frankly if you air your laundry you’re creating the mechanisms to hold yourself accountable, and that by itself pushes an organization toward continued progress on goals.

When it comes to the impact that greater diversity in the financial advisor community has on our industry and society: There is a considerable body of detailed research, including peer-reviewed articles with ample empirical evidence that when you have a diversity of views from people of different backgrounds you drive better outcomes at the company level, versus decisions that are reached with a much more homogenous body of decision-makers.

When we say it’s all right to be different and that we’re all in this together, it leads to innovation and deeper collaboration. Of course, Rome wasn’t built in a day, so diversity in the FA community should come in steps. More inclusive job descriptions are a great start. 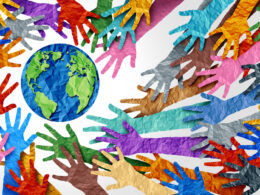 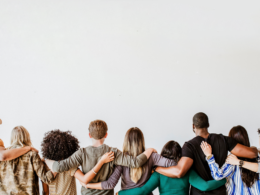 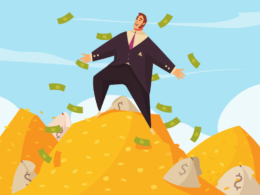