The success of any broker-dealer or RIA firm correlates heavily with their ability to grow, which is accomplished in three ways: organically, through acquisition or via new advisor recruiting. Most broker-dealers can’t influence organic growth, which is measured by their advisors’ growth and strongly influenced by the stock market.

Recruiting Before and After COVID

You often hear that “recruiting is the lifeblood of a broker-dealer.” Prior to COVID-19, we experienced increasing interest rates, a roaring stock market and a V-8 economy firing on all cylinders. Competition increased with the common goal of winning a particular recruit and recruiting deals soared to record levels at various broker-dealers including independent and employee firms.

And that brings us to today’s question: With interest rates increasing again, will we just see firms become more profitable on the same deals they made available last year, or will we see firms use that new profit to enhance deals again?

What will broker-dealers do with the extra profit? It’s safe to say that firms will retain some profit to improve year end results, but most firms will use a portion of increased revenues to invest in the future, meaning projects that have a favorable return on investment (ROI).

Delayed or slowed initiatives and projects could find new funding. Look for new developments in technology spending due to its favorable ROI. However, based purely on ROI, recruiting tops the list in spending priorities. Don’t expect firms to spend extravagant money on any single recruit, which could cause the ROI on that recruiting opportunity to go negative, but do look for firms to spend on increased recruiting packages for selective advisors.

How High Will Deals Go?

How much higher will the deal numbers rise? Although no one can predict with specificity, it’s safe to assume firms are already pushing the limits on their ROI analyses, but with higher interest rates, advisors are instantly more profitable to the firms due to their clients’ cash balances.

This increased profitability will create more opportunity for larger deals, though firms will certainly spend carefully because the absolute numbers have risen so high. Broker-dealers want to ensure they don’t get burned in the long term. 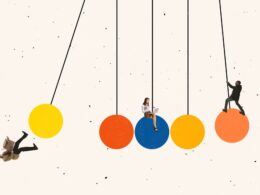 How Advisor-Directed Strategies Can Beat DIY Investors And Robos

Volatile Market Conditions May Have Clients Wondering Whether Their Advisors Are Worth It. Here’s How To Prove Your…
Chris Latham

Private Equity-Backed Firm Of The Year: Hightower, Kestra And Stratos 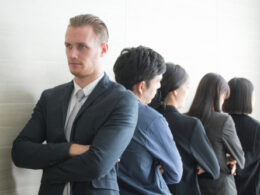 Ask the Experts Panel – Help! My Clients Don’t Trust My Adult Children To Take Over My Wealth Management Business!