With that out of the way and hopefully the forgiveness of the algorithms for writing the four-letter “P” word, let me tell you that the mercury is barely topping the 70s each day here in Phoenix, and for one brief shining moment, I am loving life.

Scratch that.  I’m not really loving life.  But I am loving the weather – which will inevitably exact cruel vengeance on this anvil-of-the-sun in a couple more months.

The heat is so oppressive as a rule of thumb in Phoenix, Arizona, that the city officially appointed a “heat tzar.”

Although not bizarre industry news, here’s a bonus: The Guardian reports that our new “heat tzar” will make Phoenix literally survivable again.

Can you imagine having that job?  “Hi, I’m the heat tzar of Phoenix.”

If you’ve never been set up for failure before, now is your moment to add that item to your resume:  “Failed to cool down Phoenix, Arizona.”

Of course, there are far worse things to have on your employment record.

And with great giddiness, that brings me to our latest Bizarre Industry Bazaar, where we’re selling the best of crazy and weird stories from across the wealth management industry.

“Bank of America Corp. ousted a financial advisor after police arrested him for a racially charged tirade at a smoothie shop in Connecticut that was caught on video and viewed millions of times on social media over the weekend. … He left the store, but returned to confront employees after his son had an allergic reaction that sent him to the hospital, police said.”

Merrill Lynch financial advisor James Iannazzo asked the staff to make a drink for his son without peanuts, but didn’t mention his son’s peanut allergy. The staff prepared a peanut-laced drink which sent the younger Iannazzo to the hospital.

Here’s where you know James Iannazzo isn’t a lawyer – any lawyer would have taken as much evidence as possible and sued the fruit out of the smoothie shop. But Iannazzo thought he had enough money so decided to return to the store, rant, degrade the employee behind the counter and attempt to enter a locked door.

Mr. Iannazzo will still get his day in court, but for arraignment on criminal charges.

To read the full article by Katherine Doherty of Bloomberg please click here to go to Wealth Management’s website.

“The statement was made by Ramsey Solutions attorneys in the course of the company’s defense against a claim of pregnancy discrimination.”

“[S]ince 2016, all nine employees who have been known to have engaged in premarital sex … have been terminated.”

The court filing stated, “Since 2018, Defendant has discovered three employees viewing pornography, all men. All three employees were given an opportunity to correct their behavior, two did not and were terminated.”

Ramsey Solutions claims that the pregnant woman wasn’t fired for pregnancy, but rather for the extra-marital sexual activity discovered by her pregnancy. Famously claiming the Christian faith, Dave Ramsey is no doubt aware of exactly one virgin birth which didn’t involve his employees.

But then how did Dave know about the other eight employees who had premarital sex without getting pregnant? How does he know what’s going on in his employees’ bedrooms?

Ramsey Solutions can teach the CIA a thing or two about spying.

To read the full article by Alex Rosenberg of CityWireUSA please click here to go to the CityWireUSA website.

“Gregg Brie admitted to embezzling funds from three victims, two of whom lived in his New York apartment complex. He threatened to literally kill one of them, a disabled client with a fixed income who was confined to a wheelchair. Brie spent the money he obtained from his victims mainly on a Mercedes-Benz lease and to pay off credit cards.”

Fortunately, Gregg Brie wasn’t a real financial advisor, so no egg on FINRA’s face for missing this miscreant. He wasn’t a real murderer either – he only threatened to murder his elderly, wheelchair-bound “client” victim.

Even the Mercedes was leased – is going to jail a violation of lease terms? Regardless, the lease won’t last five years, so no wheels for Gregg after he checks out of the big house. Maybe he should apply for “heat tzar” of Phoenix.

4) FINRA Seeks Sanctions Against Broker Accused of Murdering His Client

“The Financial Industry Regulatory Authority has filed a complaint against Keith Todd Ashley, a former Parkland Securities broker and Texas microbrewery owner who is incarcerated and awaiting trial for allegedly operating a Ponzi scheme and murdering one of his clients to gain control of his multi-million-dollar estate.”

“In November 2020, Ashley was indicted by a federal grand jury on six counts of wire fraud.”

“One month after the wire fraud indictment, Ashley was indicted for the capital murder of James Seegan, a 62-year-old client who authorities believed died under suspicious circumstances. … Ashley is accused of attempting to access Seegan’s financial accounts after his death.”

Ashley hasn’t been convicted yet, but don’t worry, FINRA is investigating allegations and seeking sanctions because Ashley didn’t respond while cooling his heels in the Texarkana prison where he’s currently held.

This guy and the Tiger King would make great cell mates.

“Robert Netzly has seen a number of financial advisors join his fast-growing, faith-based RIA firm, Inspire Advisors, in the past year. The firm says its ability to recruit RIAs has accelerated in recent months, especially since President Joe Biden announced a plan in September for businesses with more than 100 or more employees to mandate coronavirus vaccinations, or start weekly testing, he said…[Netzly] said there has been an uptick in advisors reaching out with concerns about their medical freedoms…”

Well…I’ve got nothing further to add here. 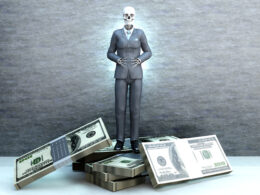 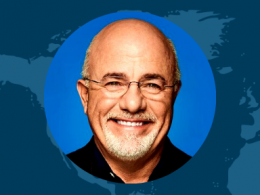 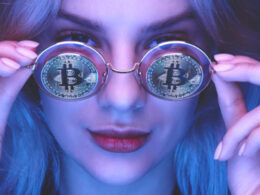