Veteran Wealth Management Industry Attorney Scott Matasar on Where the Real Legal Risks Are – And Where They Aren’t – with Return to Office Policies, In-Person Events and More

When people reference “dizzying highs and terrifying lows,” they might well be talking about the COVID pandemic and its trajectory over the course of this year.

As a nation, we’ve gone from a position of euphoria about light at the end of the tunnel – with pandemic containment seemingly all but assured as of this spring – to the rise of new variants of the virus causing fears of the pandemic to surge across the board.

The independent wealth management space hasn’t been immune to these broader trends.

Independent broker-dealers (IBDs) and registered investment adviser (RIA) firms alike have been hitting the pause button on “return to office” plans that were supposed to commence this autumn.  At the same time, firms are also shelving plans to hold in-person conferences over the next few months, opting instead to remain all-virtual or adopt a hybrid approach that includes both digital and in-person participation choices.

As firms and their affiliated financial advisors embrace the reality that workforces will almost certainly continue to remain significantly virtual, and that a full-scale return to the office for all is not going to happen anytime soon – if ever – questions are starting to surge about legal considerations.

What are the potential liabilities for firms that mandate a return to traditional office models before the pandemic is more fully contained?  Is there legal risk involved in determining whether to host an in-person conference or other event?

Complicating matters is the fact that most wealth management firms are deliberately keeping their plans – and the underlying thought processes – closely under wraps, given the myriad potential sensitivities that are part of the picture.

To help WSR’s readers make sense of where the legal risks are – and equally important, where they are not – we caught up with Scott Matasar, Managing Partner of Matasar Jacobs LLC, a law firm law firm focused exclusively on representing both firms and individuals in the retail financial services space.

With an impressive client list encompassing broker-dealers, RIAs, and other independent financial advisor businesses, Matasar has spent decades advising clients on a wide range of regulatory and litigation issues – And he’s given the legal complexities of “return to office” policies and related matters considerable thought in recent months, as you’ll see here.

WSR:  What are the key legal considerations that IBDs and RIAs should consider when developing “return to the office” policies in this current environment?

Obviously, each state’s employment laws are different, and any firm contemplating a mandated return to the office policy should consult with counsel who specialize in advising companies on these types of issues in developing their particular policies.

However, at a high level, firms have to balance two major concerns:  The first is the risk that employees file suit—either because they are terminated for refusing to comply with the new policy, or because they contract Covid after returning to work and blame the company for allegedly forcing them to be exposed to a dangerous condition in the workplace.

While such suits may or may not have merit, they can be expensive to defend, and can certainly create a public relations black eye that is bad for business on multiple levels.

The counterbalancing consideration is the legal risk posed by not requiring personnel back to the office when it is arguably relatively safe to do so.

For example, one could easily envision a scenario where a group of customers defrauded by an unscrupulous advisor seek to hold the firm liable, claiming that if the firm had started requiring advisors to work from an office again earlier, the misconduct would have been detected sooner and the customers’ losses that much less.

WSR:  Could IBDs and RIAs be held legally accountable for any “return to the office” policies among their affiliated independent FA businesses that creates lawsuits from the FA’s employees?

At the end of the day, anybody can sue anyone for anything as long as they’re able to find a lawyer willing to take the case and are willing to pay for it.  That being said, while an IBD or RIA might get sued by an employee or FA of an independent branch office who alleges they contracted COVID because the branch owner required them to return to work, the odds of the firm actually being held liable are very low.

In nearly all cases, branch owners in the independent model are independent contractors of the IBD and as the proprietors of their businesses, they free to operate their enterprises however they see fit, subject to overarching securities and employment laws, rules and regulations.

Where an IBD or RIA has no ability to control or dictate how their branch owners run the businesses they own, it would be a stretch for an employee of an independent branch office to successfully hold the “deep pocket” of the broker-dealer or RIA financially liable.

WSR:  Conferences have been a long-standing vehicle that IBDs and large RIAs use to deepen relationships with financial advisors and industry partners.  Are there any legal best practices for firms weighing whether to return to in-person events, remain completely virtual or adopt a hybrid virtual / in person approach to conferences?

We all miss the camaraderie, catching up and networking that industry conferences provide, and I know I’m not alone in saying that I’m incredibly eager to be able to start going to meetings again.

That being said, the fact that a number of in-person conferences have been repeatedly delayed or converted again to virtual meetings for 2021 shows that many in our industry are concerned about being in a large gathering of people in indoor spaces.

But, for conference organizers intent on holding their event in-person the key is having attendees sign agreements providing the meeting sponsors air-tight waivers of liability, and an express acknowledgement that attendees assume any and all risks from choosing to attend.

A well-crafted waiver and release form should provide substantial protection against liability if attendees become ill afterwards.  That being said, conference organizers can and should also take common-sense precautions in the way they run their meetings to further insulate themselves from risk such as capping attendance at the conference.

Among other things, this could include limiting the number of attendees in breakout sessions; providing proper social distance in setting up seating arrangements; and potentially requiring masks.

At the end of the day however, the people attending these conferences are adults, free to make their own choices and determine their own tolerance for risk.

WSR:  It feels like most independent wealth management firms are holding off on making any long-term announcements about a “return to the office” policy for their employees.  To what extent is this hesitation driven by concerns of legal liabilities related to the continuing pandemic?

Many of the major firms have delayed any requirement that their employees return to working full time at the office until after Labor Day, and it is unclear how many of those have actually moved forward with implementing that plan.

While each firm’s considerations in determining when and to what extent to require personnel to return to the office, my sense is that the decision-making is being driven less by concerns about legal liabilities than by a realization that there are actually a number of net positives to maintaining a full or partial work from home arrangement.

As a general rule, employers have the ability to dictate the conditions under which their employees do their jobs.  To the extent employers are delaying re-implementation of a requirement that personnel come to the office, it is out of a recognition that they will face a morale crisis…and perhaps the loss of key members of their teams if they force people to start coming into work full-time again.

Plus, some firms are realizing that there are substantial cost savings to be had by taking a more virtual approach to workforces:  HSBC, for instance, recently announced that it plans to cut office space by 40%.

WSR:  Are there any major legal blind spots that IBDs and RIAs are ignoring as they develop their “return to office” plans that you believe should be called out for the broader industry to consider?

Yes—and it’s one that firms probably haven’t given much thought to.  For much of the past year, advisors and employees have been working in a fixed location: their home offices.

Now, though, you will have a situation where personnel are going to be bouncing back and forth between working from home and their offices in a hybrid arrangement.  This type of environment is fraught with danger of loss of a firm’s confidential information and data.

The unpredictability created by hybrid work creates a greater chance that a hacker perpetrating a cyberattack successfully dupes an inattentive employee into accidentally letting the hacker into the firm’s system.

It also affords financial advisors a greater opportunity to misappropriate confidential firm or client data amid all the comings and goings of personnel on an unpredictable schedule—and then to use what they’ve taken to provide an unfair competitive advantage when they quit and transition elsewhere.

As firms transition to a return to the office, they should review their IT protocols and systems, and identify any weaknesses that might be exploited in these new working conditions.

While growth opportunities are significant for independent financial advisors, one of the single largest overhead items for any…
BY WSR STAFF 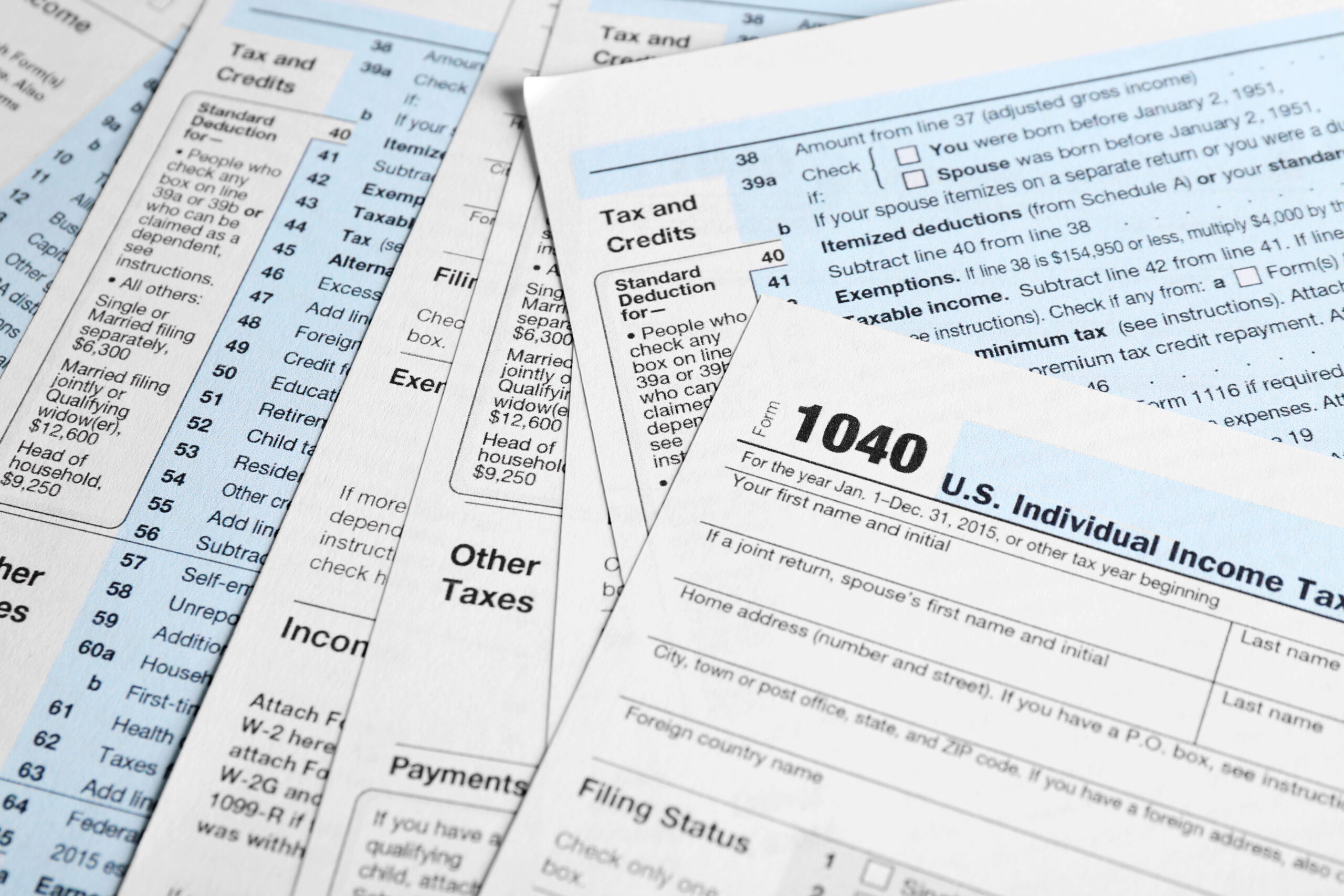 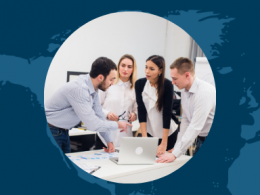 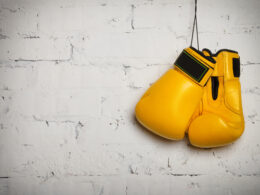 Time to Hang up the RIA Gloves? Here’s What WSR Readers Think