Asset managers focused on strategies to hedge against future inflation could be onto something interesting.

Most of the wealth management firms I dialogue with don’t see inflation as a serious risk.  But having spent much of my professional life focused on commercial and residential real estate finance analysis, I tend to be extremely watchful of inflation-related matters.

Having covered the intersection of housing, mortgages, interest rates and money supply trends for many years, I’ve learned that inflation can emerge on a faster and larger scale than experts project, and not being sufficiently prepared can lead to very bad outcomes.

I was pleased to have Andrew Parker, Managing Director of Horizon Kinetics, share the following thoughts with WSR on why wealth managers and asset managers should be taking long-term inflation risks more seriously – And how to approach hedging against such risks.  Further thoughts from Horizon Kinetics can be found online.

Since the beginning of Covid, there has been much debate about the possible onset of inflation.  In the last eighteen months, we have seen enormous global economic stimulus to mitigate the pandemic.  In the United States, the spending is well over $4 trillion.

We all know what the estimable Milton Friedman’s views are:  “Inflation is caused by too much money chasing after too few goods.”  But if this statement proves accurate, then it stands to reason that stimulus will generate broad price increases eventually.

While immediate and significant inflation is unlikely, wealth management firms and their financial advisors who dismiss the prospects of meaningful long-term inflation do so at their own risk – And at the risk of their clients.

First, let’s start with the basic fact that a little inflation is a good thing, generally speaking.

Consumers enjoy getting a raise every year, seeing at least some interest earnings paid on savings accounts, and so forth.  And to the extent that prices, wages, and interest rates keep pace, we have a type of equilibrium.

Wage increases accommodate the rising cost of living.  Interest rates on savings protect against loss of purchasing power.  And while there are no guarantees on this, typically owning riskier assets such as equities will generate a higher return over time.

But this time…well, this time it does feel different in a number of ways.

As a starting point the Consumer Price Index (CPI) – one of the most popularly accepted vehicles for measuring inflation – isn’t the most accurate tool for doing so.  There are a few adjustments made to the CPI that we believe understate the true impact of rising prices on consumers.

As one key example, the CPI seeks to distinguish between price increases and new features.  But if last year’s base model car cost is $30,000 and this year’s is $33,000, the increase calculated by CPI is probably NOT 10%.

Why?  Well, if this year’s model comes with any new features, the CPI tries to normalize this by backing out the value of this feature.

Let’s say there were new air bags offered with this year’s model that are valued at $1,500.  The CPI would strip out the $1,500 because it’s a new feature.  In the CPI’s view, therefore, the real increase in cost to the consumer is only 5%.

The problem, however, is that consumers can’t opt out of the new airbags if they’re buying this year’s model.  Try saying to the car dealership, “What do you say about taking out the new airbags and charging me less?”

In other words, in this scenario, the EFFECTIVE increase to the consumer is still 10%, whether the CPI likes it or not.

Inflation Measures That Beat The CPI

Our view is that a better measure – closer to Milton Friedman’s view – is the money supply measure, or M2.  And in fact, looking at the chart below, from January 2000 through December 2019, M2 has grown at a rate generally higher that CPI.

Since 2000, as the “Tech Bubble” deflated, we’ve begun to see some relationships between key elements of the money supply change.

As shown by the following chart, interest rates have historically been close to M2 growth.  Thus the typical saver could keep pace.  Beginning in 2000, we’ve begun to see rates fall below inflation meaning that money held in savings accounts is being debased.  Consider this chart, which is from 1960 through 2019.

This is a critical change.  Now our “equilibrium” is starting to break down – People who save are not maintaining purchasing power.  Why has this happened?

At present, the global economy is beginning to recover.  As seen by statistics from the Federal Reserve, a meaningful portion of stimulus checks have gone into savings or to reduce consumer debt.  This creates “dry powder” for spending.

Combined with a steepening yield curve, this also creates a potential incentive for banks to expand lending, which obviously further expands the money supply.

At the same time, we’ve started to see price increases in many commodities including industrial (iron ore, copper, nickel), agricultural (Soy, Corn), as well as energy.

Sure, as the global economy picks up steam, initial supply and shipping constraints may be having an impact.  Nonetheless, the fact remains that the world has seen an enormous influx of Dollars, Euros, Yen, Yuan…A flood of new money worldwide that will almost certainly lead to rising prices in the years to come.

How Financial Advisors Can Best Position Clients For Future Inflation

There are clearly arguments against the onset of inflation such as the Federal Stimulus merely replacing lost wages or earnings – that the “velocity of money”* had slowed so much that it was absolutely necessary to keep the US (and possibly the global) economy afloat.  This is almost certainly true.  But the longer-term implications must be considered.

Given current political and social leanings, a rising cost of living will hopefully be partially offset by rising wages.  That said, as the US and other developed nations support growing debt burdens, there is a large incentive for central banks to maintain low interest rates.

What is quite obvious is that owning assets correlated with inflation is key.

Given current bond yields, the typical “60/40” equity-fixed income allocation is dangerous.  If the CPI is not presenting a fully accurate measure of inflation, then it stands to reason that utilizing TIPS will generate poor returns.

In our view, owning a portfolio of rationally priced, profitable companies where revenues rise faster than expenses will be the most effective solution.

If, indeed, things are different this time – and one can convincingly argue that the past 13 months have been a truly unprecedented time for the modern economy – then it may be time to revisit certain assumptions about the future of inflation.

Andrew Parker is Managing Director of Horizon Kinetics, a global asset manager with $6.6 billion in assets as of March 31, 2021.  He is co-founder of the firm’s Inflation Beneficiaries ETF, an actively managed ETF that seeks long-term growth of capital in real (inflation-adjusted) terms 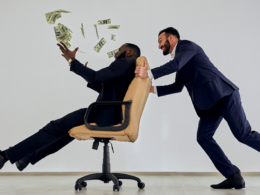 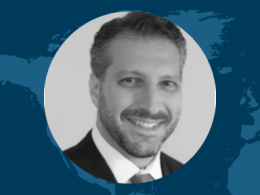 The workforces for custodian, broker-dealer and asset manager firms during the past 15 months were geographically scattered. But…
BY JAMES MILLER 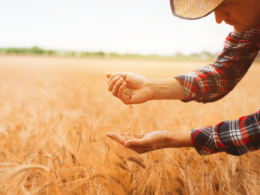 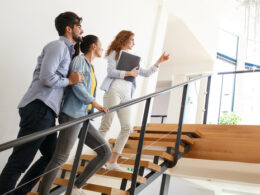