Financial advisors’ independent contractor status is under threat from multiple directions.  Unfortunately, many legislators and regulators continue to erroneously assume that independent contractors are always and everywhere misclassified employees who should be afforded added protections and benefits from their ‘employers.’

This misconception ignores the foundational importance of independent contractor status to the vast, highly effective and indispensable community of independent financial advisors who provide crucial guidance to Main Street American investors every day.

Let’s start with what’s happening in the US House of Representatives.  On March 9, the House passed the Protecting the Right to Organize (PRO) Act, which would amend the National Labor Relations Act (NLRA) to mandate a more stringent worker classification test for independent contractors and likely re-categorize many advisors as employees of their broker-dealers. The legislation is now under Senate consideration.

Then, on March 11, the Department of Labor (DOL) proposed the withdrawal of a recently adopted final rule under the Fair Labor Standards Act (FLSA) that clarified requirements for independent contractor status based on a common-sense ‘economic reality’ test. Under that rule, a worker who is, as a matter of economic reality, in business for themselves – as opposed to being economically dependent on an employer – would be considered an independent contractor.

This federal-level rule had provided much-needed clarity for advisors – as well as to other regulators and legislators – across the country. Repealing the rule would mean a reinstatement of the FLSA’s more complex and ambiguous multi-factor test, which has historically left advisors vulnerable to threats to their independent contractor status, especially from various state-level legislative proposals.

In its proposal to withdraw the final rule, the DOL states that the FLSA’s definition of ‘employee’ “stretches the meaning of ‘employee’” and imposes an “inquiry of economic dependence [that] establishes a broader scope of employment than that which exists under the common law of agency.”

In plain terms, the current DOL seems to believe that economic dependence is a presumption in any relationship between a larger organization and a worker it pays or distributes revenue to, rather than a question.

As independent financial advisors know, this simply isn’t the case in our industry.

The relationship between independent advisors and the wealth management firms that support them is, essentially, a supervisory one, developed primarily to ensure that advisors comply with securities regulations, rather than to exert control over advisors’ business models, client service approaches, or other key elements of their businesses.

Independent advisors choose to operate under this model in order to build their own technology platforms; determine how they work with clients, and under what compensation model; and exercise greater control over the products they offer to their clients.

It also offers them the ability to hire their own teams, control their own costs and tap into the entrepreneurial spirit that has powered so many successful American businesses and communities.

Protecting Financial Advisors, Their Clients and Their Businesses

For all the reasons above, FSI is staunchly opposed to the PRO Act in its current form. We are also fully engaged in standing up to the DOL’s efforts to repeal its rule clarifying independent contractor status under the FLSA.  Here’s what we have underway:

As we have for the better part of two decades, we will vigorously defend financial advisors’ independent contractor status against these current threats – and from any others that may emerge on the horizon.

Dale E. Brown is President and CEO of the Financial Services Institute, the leading advocacy and industry association for independent wealth management firms and their affiliated financial advisors 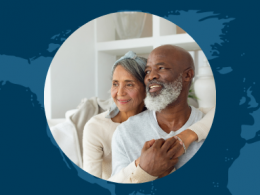 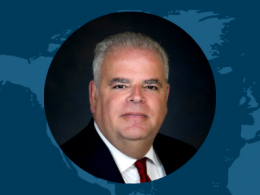 Silence Of the Spouses – Beware!

My name is Sander Ressler and I have over 30 years of experience handling compliance and supervision issues. …
WITH SANDER RESSLER