The Stratos Wealth Holdings story began in 2008, when founder and CEO Jeff Concepcion set out to establish a firm for financial advisors frustrated with traditional brokerage-based business models who wanted to run their businesses and serve their clients in a different way.

Stratos Wealth Partners was born, and today the multi-custodial hybrid RIA firm oversees $16 billion in total assets, delivering a brand of personalized concierge service for advisors and their clients.

The firm is the cornerstone of a growing family of businesses operating under the Stratos Wealth Holdings structure that has added $6 billion in assets and more than 70 financial advisors since 2018. Its recent growth has been fueled in part by a 2020 minority investment from Emigrant Partners, a private equity firm that makes minority investments in wealth and asset management businesses.

Lou Camacho joined Stratos Wealth Enterprises in 2018 as President from Fidelity, where he served as a senior relationship manager.  In this role, Camacho has been spearheading the acquisitions-driven expansion efforts of Stratos.

Camacho sat down with Wealth Solutions Report to discuss his journey to Stratos and how the company approaches deal-making.

WSR: Not everybody who moves from a large custodian to an independent RIA succeeds in making that transition.  What have been the best elements of this transition for you?

Camacho: I had a lifelong dream of becoming an entrepreneur, and was drawn to Stratos for its outstanding culture, which is embodied by Jeff’s drive to build the business he founded into something great. Being able to have an immediate impact on the future of a growing business, combined with the experience of helping to run a business as nuanced as a family of wealth and asset management firms has been incredibly rewarding.

Economic volatility, the hard work of integrating people and process into on seamless enterprise, the competitive nature of the RIA space – these are all challenges to manage and ultimately grow from.

The beauty of leading an independent firm is that we’re not slowed down by the bureaucracy that can slow down larger organizations. When we have an idea, we’re free to try it out. Whether we succeed or fail, we move fast, and we move on.

Camacho: The biggest misconception about private equity firms is that they’re only interested in short-term gains. That just hasn’t been the case, based on our direct experience.

In fact, Emigrant Partners has proven to be a tremendous partner with a depth of intellectual capital and resources that has paid immediate dividends for us as we have strived to expand.

Stratos has been able to operate at a level and generate outcomes that would have been nearly impossible without Emigrant’s strategic advice, guidance on deal structures and access to capital.

The Emigrant team members, like us, hold the long-term success and viability of Stratos at the forefront of the partnership.

WSR: What are the top three things that owners of wealth management businesses should consider when assessing a potential strategic acquirer?

Camacho: First, the entire thought process for owners of wealth management firms should be based on assessing whether the acquirer will help the firm execute on a long-term strategy, and how the transaction will benefit existing employees, advisors, owners and clients.

Second, firms should be crystal clear about what their goals are for the partnership and honest about what the acquirer brings to the table.  Are you seeking succession, liquidity, growth, scale or other resources?

And third, avoid making the financial component of the deal the number one priority. The most unnsuccessful transactions are all too frequently the deals that are led purely by the economics.

Deals that work for everybody over the long run are fueled by a common vision, trust and collaboration between all parties involved.

WSR: What are the biggest mistakes that owners of independent wealth management firms make when they sell their businesses to a larger organization?

Camacho: One of the biggest mistakes we’ve seen among sellers is not fully thinking through the post-deal integration of people, process and technology. In the excitement of the deal, they often don’t think about how the disruption of an ownership change will affect the business.

Another mistake is failing to anticipate the emotional aspect of selling.  Loss of control can often be a tough pill for many founders to swallow. Owners need to be absolutely certain that they’re prepared for this before pursuing a sale of the business to a larger firm.

With any change of control transaction, there’s going to be change for the sellers – That is a given.  How the sellers navigate the process will determine the success of the deal and the post-deal trajectory of the business.

WSR: What in your experience are the personality attributes of independent wealth management business owners who tend to be most successful in building and growing scalable businesses with enduring, transferable value?

Camacho: In our experience, the most successful advisors embody an entrepreneurial spirit and a desire to build a firm that represents more than just themselves.

They are true leaders with the humility and self-awareness to “fire” themselves from certain roles so that others can make their best contributions to the organization.

When successful, this model drives an enduring firm that can grow, compete and succeed long after the founders have moved on.

WSR: Tell us one thing about yourself that not many people know about you.

Camacho: I am incredibly passionate about food and cooking.  If I had to choose a different path in life, I would have pursued a career in culinary arts.

One of my dreams was to work in great restaurants throughout Europe, Asia, Latin America and ultimately become a restauranteur here in America.

I may just open a small taco stand on a quiet beach in the Caribbean when I retire! 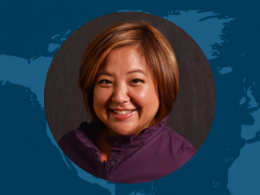 Interest among private equity and venture capital firms in the wealth management space continues to surge, with fintech…
BY MICHAEL MADDEN 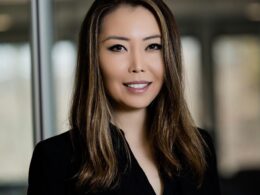 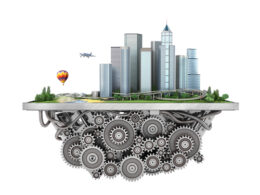 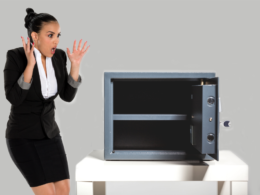